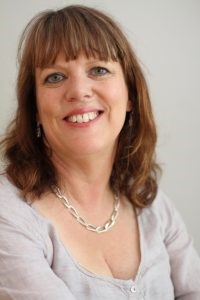 Vanessa joined the British Liver Trust in September 2015 having worked previously as a freelance communications professional for a variety of clients across the public, private and voluntary sectors. She has experience in managing and leading across all aspects of communication and policy work.
She spent 10 years at the British Diabetic Association, where she repositioned diabetes as a serious health condition. Her work culminated in managing the communications function and leading the rebrand and name change to Diabetes UK. Her past career also included working as a senior communications manager for the Department of Health’s, Modernisation Agency. This included 6 months as the Acting Director of Communications, where she worked on a complex change programme, organisation design structure and the communication work stream for the establishment of the NHS Institute for Innovation and Improvement.

What inspired you to work for the British Liver Trust?

The British Liver Trust’s work is vital to curb the rising burden of liver disease in the UK and the exponential rise in deaths from liver disease.  Liver disease is also on the rise – since the 1970s deaths have increased by more than 400%. This is in stark contrast to the other major diseases such as heart disease and cancer in which the numbers of deaths have either remained constant or decreased. A lack of awareness of the seriousness and prevalence of liver disease together with the stigma that often surrounds it means that it is consistently overlooked and underfunded. I want to be part of the team that puts liver disease on the map and make sure it gets the attention it deserves.

I am proud to be part of the British Liver Trust’s mission to improve awareness, prevention and early diagnosis to ultimately improve and save lives.

When speaking with an audience of patients or to an individual patient, how would you summarise your role and the role of the British Liver Trust?

The British Liver Trust is the only liver charity fighting liver disease on all fronts through support, information, campaigning and research.  As Director of Communications and Policy at the British Liver Trust, I am responsible for managing and leading across all aspects of communication and policy work at the Trust.  Our work is vital to increase awareness and influence change.

In terms of the BRITISH LIVER TRUST commitment to raising awareness of liver disease, based on your day to day work across all liver disease, how aware are patients and the ‘at risk’ population of NASH?

Awareness of NAFLD and NASH is increasing all the time but remains low particularly among the ‘at risk’ population.  Ad-hoc feedback from our Love Your Liver roadshows, where we raise awareness of the risk factors of liver disease among the general public, has revealed that there is much work to be done to increase public awareness of the fact that obesity, even for those who don’t drink alcohol, is a significant risk factor for liver disease.   We often hear from patients who have been diagnosed with NASH at a really late stage, when it is too late and the only treatment option is a liver transplant. We are on a mission to change this.

Are you seeing an increase of enquiries, for example to the BRITISH LIVER TRUST website, from the general public, medical professionals and patients requesting information about NASH?

In the last two years, we have seen a big increase in the number of calls from patients and families to our helpline regarding NAFLD. Alarmingly one of the most common queries is from people who have been told that they have a bit of a ‘fatty liver’ and not to worry about it.  Downloads and orders of our patient guides and enquiries from healthcare professionals and members of the public have also increased. There is been a marked escalation in the number of media enquiries about fatty liver disease, which has helped drive increased awareness of NASH and the work that the  British Liver Trust do to tackle it.

How would you summarise the British Liver Trust’s assessment of NASH attitudes? Has the Trust established any NASH specific strategies?

The British Liver Trust is currently conducting a survey of NASH patients to find out more about how they feel about their diagnosis and care. We are also looking to create clear information about optimal pathways for patients in the next 12 months.

Based on levels of understanding and awareness of NASH among healthcare professionals and the general public (including the ‘at risk’ population), what is the British Liver Trust BRITISH LIVER TRUST doing today and planning in terms of future campaign and educational activities, to address important changes in attitudes to NASH?

Experts predict that over the next decade non-alcohol related fatty liver disease will become the leading cause of liver disease in the UK. Addressing obesity is therefore vital if we are to reduce liver disease mortality. We work together as a key member of the Obesity Health Alliance to campaign for a number of policy interventions that will help address the wider environmental factors that lead to excess bodyweight, as well as the social inequality and cultural differences in overweight and obesity prevalence.

We also, through our Love Your Liver campaign, raise awareness of all the key risk factors for liver disease, not just alcohol.  Next month, we will be releasing a suite of materials including videos and new resources which will provide more information about NASH.

When speaking with medical professionals, how would you summarise your role and the role of the Trust?

The British Liver Trust is the only liver charity fighting liver disease on all fronts through support, information, campaigning and research.  As Director of Communications and Policy at the British Liver Trust, I am responsible for managing and leading across all aspects of communication and policy work at the Trust.  As part of this role we work with healthcare professionals to raise awareness of NASH, to define policy goals and influence decision makers, The work can vary from parliamentary activity to responding to policy calls to defining standards of care or working on guidelines.

The British Liver Trust and RCGP are currently working in partnership on the liver disease clinical priority programme. Its goal is to make liver disease prevention, detection and treatment a central part of routine healthcare amongst the UK’s 52,000 GPs, practice nurses and other team members. Influencing Clinical Commissioning Groups to ensure that they have  commissioned pathways to correctly identify those at risk and assess them for fibrosis is a key piece of work for the next 12 months.

How important is real world evidence (RWE), particularly RWE research which is designed to involve and engage the patient and the public, to support the BRITISH LIVER TRUST in its work?

At the British Liver Trust, we provide ourselves on the fact that the information we disseminate is based on evidence drawn from credible sources to ensure its integrity.  Real world evidence is a vital part of the mix of this evidence-based information which helps with our work to engage with the media, healthcare professionals and the public.

How can socio-economic research support advocacy in securing appropriate healthcare resources for the treatment and management of NASH?

We know that liver disease disproportionately affects the poorest and most vulnerable in society, and provision of care continues to be worse in the regions with the greatest deprivation.  Socio-economic research can help us highlight these discrepancies in diagnosis and care to support our work to improve outcomes for patients.

Why did the BRITISH LIVER TRUST want to participate in the GAIN study?

There has been scant research into the impact of NASH on patients’ quality of life, and on the direct and indirect costs of NASH to individuals and society. That is why we welcomed the GAIN study and  have been pleased to be involved in the research with HCD Economics. We hope that this is the first step and that this research can be used to influence improved outcomes for NASH patients.

What does the BRITISH LIVER TRUST consider is the most important message that should be communicated, from the recently published GAIN study?

The most important message from the results of the GAIN study is the growing burden of NASH and how urgent action is required to improve awareness and early diagnosis.